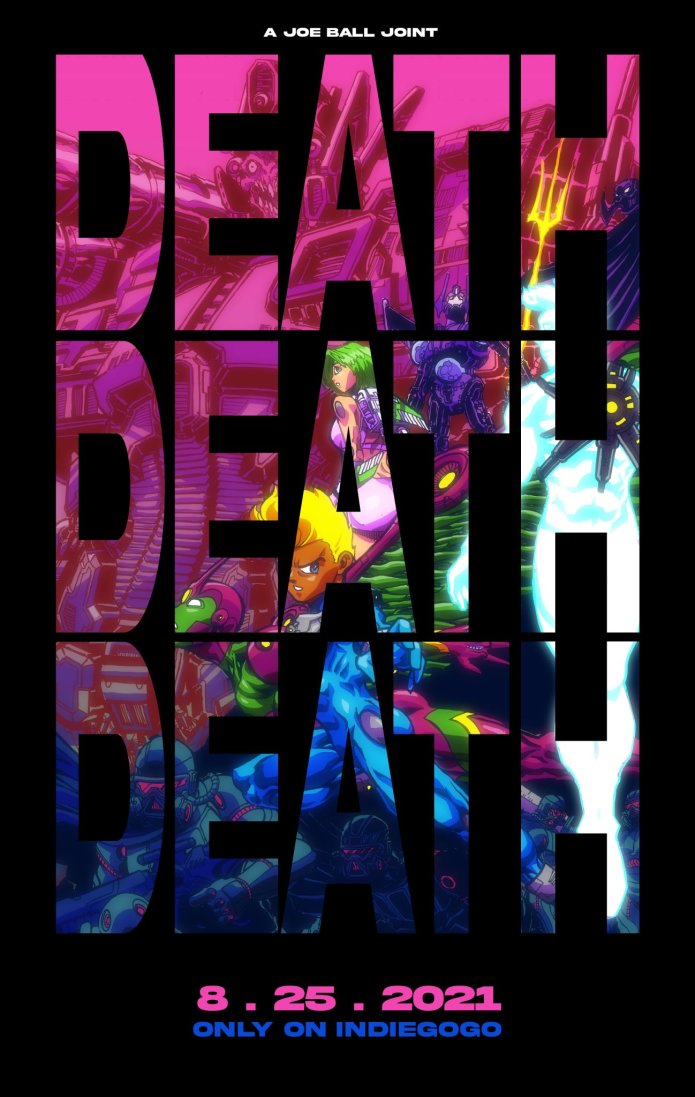 A sci-fi, fantasy, graphic novel about the family unit, survival and war.

Mother, Father and Child.  They are on the run from their former tribe. The Ancient Natives want their homeland back. The Atlantians rebuild in a new and wild place.  Ultimately, they all want to control the same planet.  They all want war. They all want Death!

Death Death Death is a Sci-fi, fantasy story about the strength of the family, surviving another day, and the war for planetary dominance. The natives bring brute force, the tribes bring a savage ferocity of Bohemoth and the Atlantians bring the future to these creatures of the past.