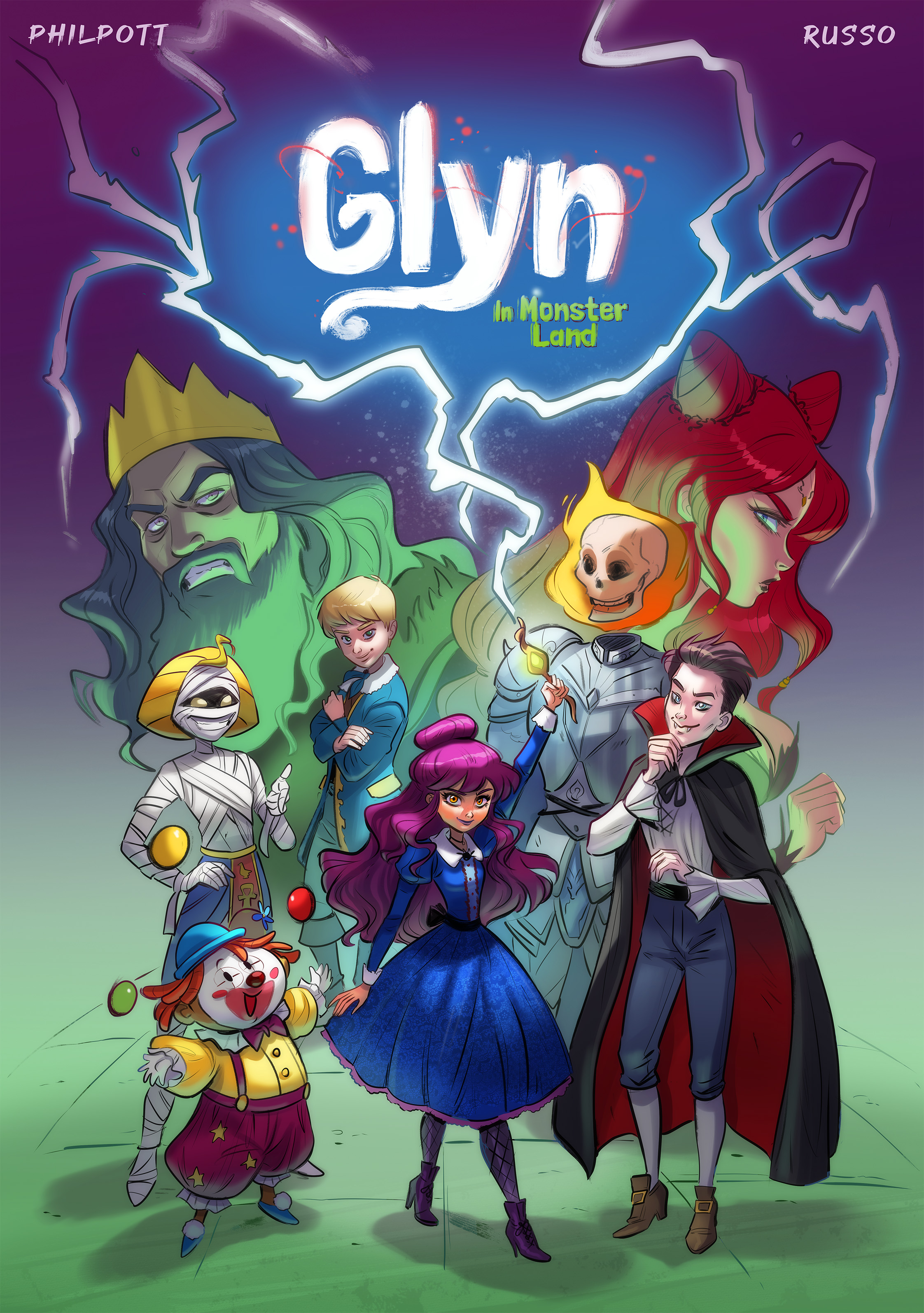 Glyn in Monster land is a 48 page comedy adventure about two witches, one good one evil, fighting to take down a tyrant king. Pure escapism for all ages!

Monster Land is a world where evil has won. Grotesque creatures roam freely, leaving havoc in their wake, and the only people left are too stupid to be scared by them. Once a common wonder, magic is now dying, and what little remains its rulers desperately scheme and horde for themselves.

After failing an audition for a tyrant King, an apprentice witch named Glyn is banished to a dungeon and left to rot. She quickly discovers she is not alone and that her fellow inmates are a crazy bunch of Bright Magic monsters. Refusing to give up, Glyn forms a gang and attempts to break out of prison and overthrow their evil masters!