Hybrids: The Sons of Gods the Complete First Arc 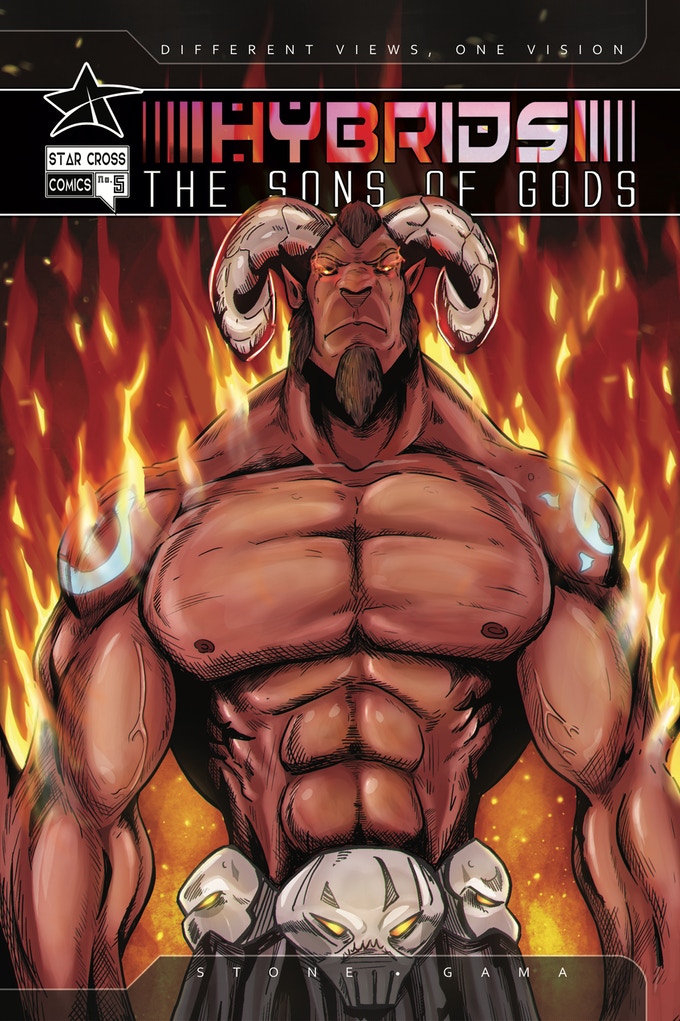 Hybrids is an action/adventure story set around the advent of a new super human species.  It includes theories surrounding the NEPHILIM and ANCIENT ALIENS set against a fast paced rescue attempt.  This series will appeal to you if you like the following...

Not the Typical Superheroes...

There are no magic hammers or vats of toxic chemicals that produce these heroes.  Rather, the origin of our HYBRIDS can find it's roots in several major religions.  The book of Genesis talks about a monumental event in the 6th chapter when it recounts the "Sons of God" coming to Earth and finding the daughters of men to be attractive.  These attractions lead to unholy unions that produce a human/angel HYBRID called the Nephilim.

Stories of the Nephilim predate the Greek Gods by several hundred years and many scholars believe that the stories of Zuess and the other gods where just exagerations of true stories about these Nephilim.

Imagine that these accounts are all true and not only did these creatures exist, but they continued to reproduce with humans.  Eventually these Nephilim traits and abilities would subside, but the genetic code would still remain.  What if walking around us right now we had the real life ancestors of the Greek Gods?  What if something were to happen to cause these recessive Nephilim traits to wake up?

In Hybrids: The Sons of Gods, that is exactly what happens.  People begin to develop God-like abilities seemingly out of nowhere.  This however, is not the whole story.  Just as quickly as these individuals begin to develop these fantastical powers, they also start to vanish.  All that is known is that they are being taken.

Very personal connections fuel this endoevour as we descover corporate greed, human trafficking rings, and genetic experimentation at the root of this new epidemic.