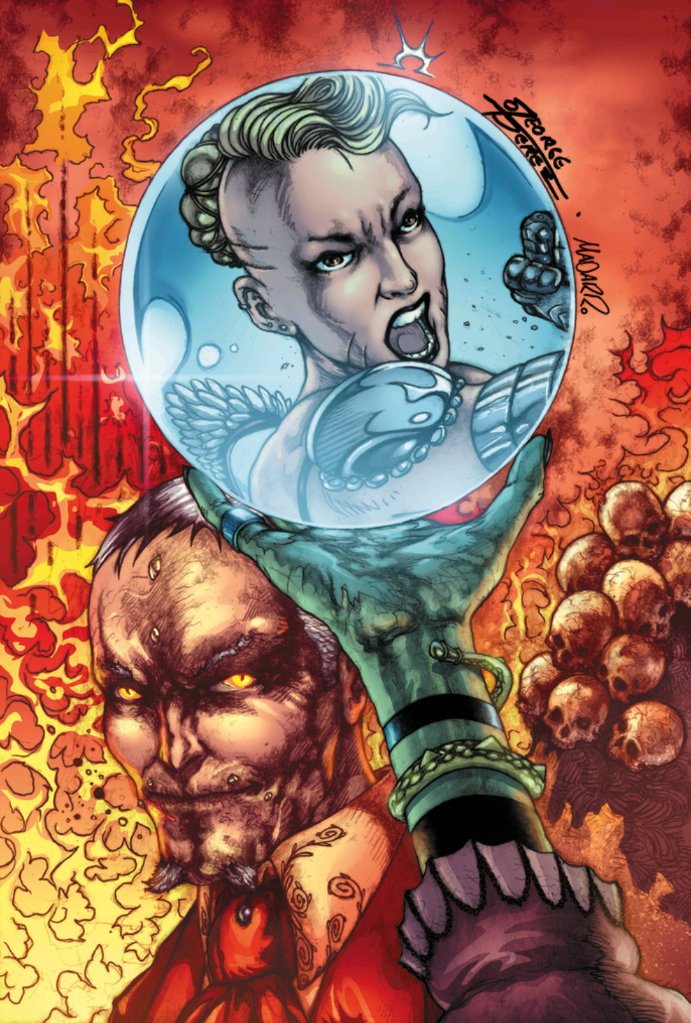 What happens to your favorite comic book characters when their series has been cancelled?

Loose Threads is a story about taking control of your destiny. Back in 2012, I was writing a series at Image Comics, Avengelyne, and scripting a series at DC Comics, Savage Hawkman. But when Avengelyne was cancelled mid-storyline without notice and I was fired from Savage Hawkman (mid-storyline) in retaliation over a Twitter squabble I wasn't even part of, it got me thinking... what's going to happen to these characters? Loose Threads finds Queen Madelyne in final battle with her sword enemy, the NecroDragon. However, suddenly, everything goes white and she finds herself in a waiting room. It is comic book limbo. She's a comic book character and her series has been cancelled. Instead of waiting for the reboot, Queen Madelyne breaks out into the real world to track down her creator and fulfill her destiny.