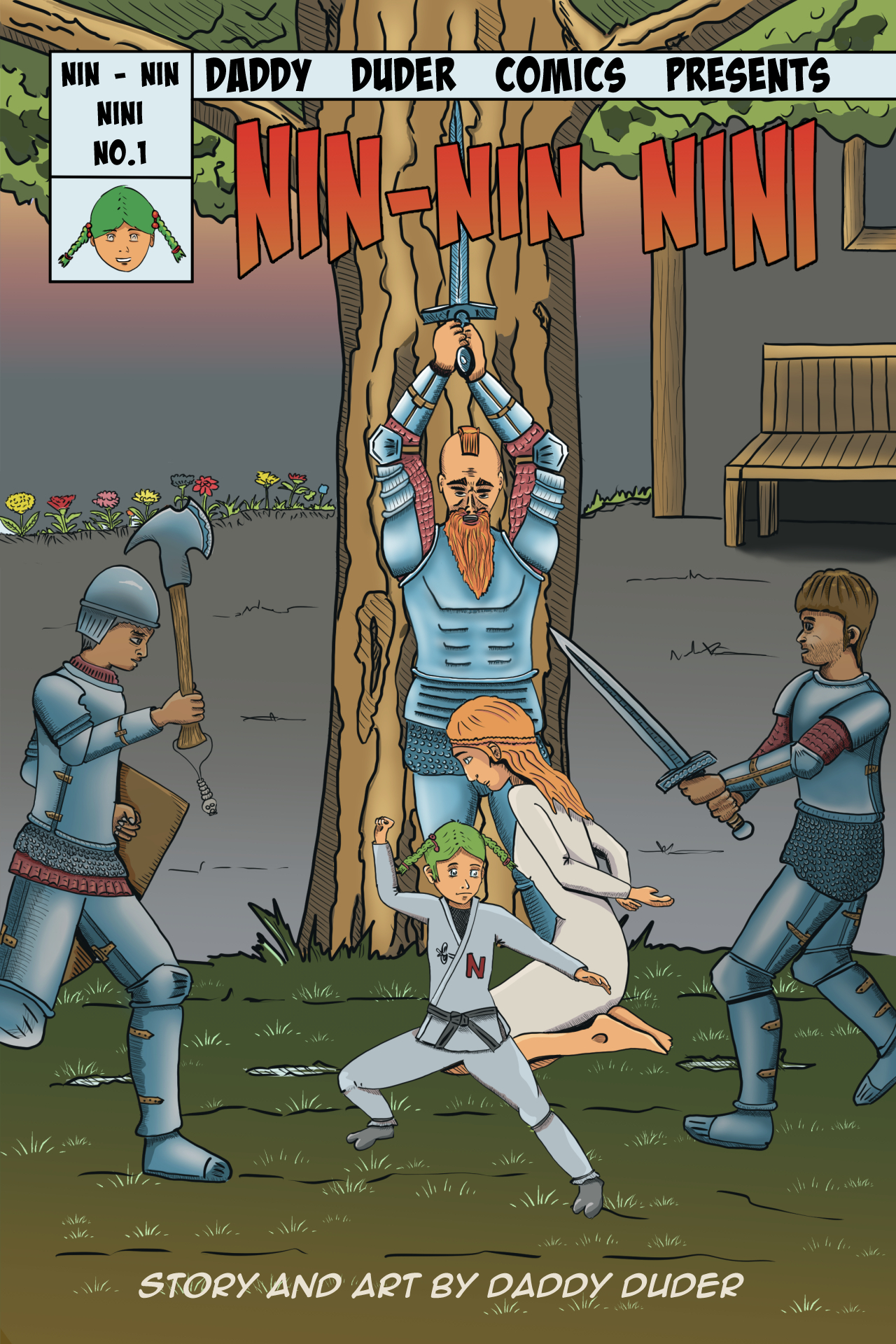 Love Ninja’s and Dog’s, then you’re gonna love Nin -Nin Nini. Join Nini and her dog, Loyal Leo on their adventure to recover the stolen Crown of Bichon.

Set in a world where the most important possession a person can have is their dog.  The dogs kingdom’s culture completely revolves around their love of their dogs.  Every nation is named after a dog breed, and the people of that nation think that their  breed is the best.

The dog kingdomers are usually the most level headed of people, and never fight over the things men usually fight over, greed, power and possessions.  However when it comes to their dogs  many a fight or even a war has been started over who’s got the best, cutest or handsomest dog.

This  story follows the adventures of a young female ninja called ‘Nini’ and her dog ‘Leo’ in the land of Bichon, and starts off with Nini trying to solve the mystery of who stole the Bichon Crown.