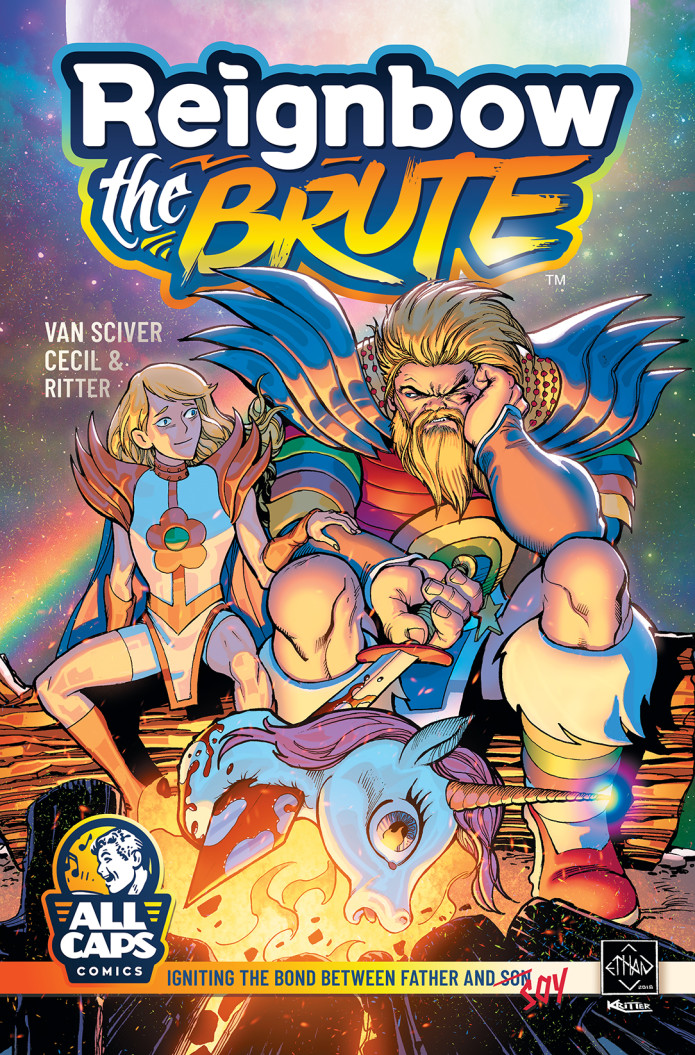 But Reignbow's worst day ever happens when after a series of Honeysuckle shots, he quarrels with one of the UNBEARABLES, a clan of miserable emotionally manipulative grizzlies, and they steal something precious to him.

Not only that, but PAULA POKKIT, a former...girlfriend whom he hasn't seen in 15 years, finds him to let him know that he has a son, and that boy needs a father!

Mount up on Reignbow's Girthy Stallion NEIGHPALM for the adventure of a lifetime, to retrieve GRASSBLADE and and perhaps, along the way,  teach young SHIRO POKKIT what it means to be a man!

REIGNBOW THE BRUTE is a parody/satire that will take a lot of your memories of the 80's, and blend them with high testosterone and fun!

It will be 48 pages, and hopefully we'll be able to afford some specialty covers with your support!