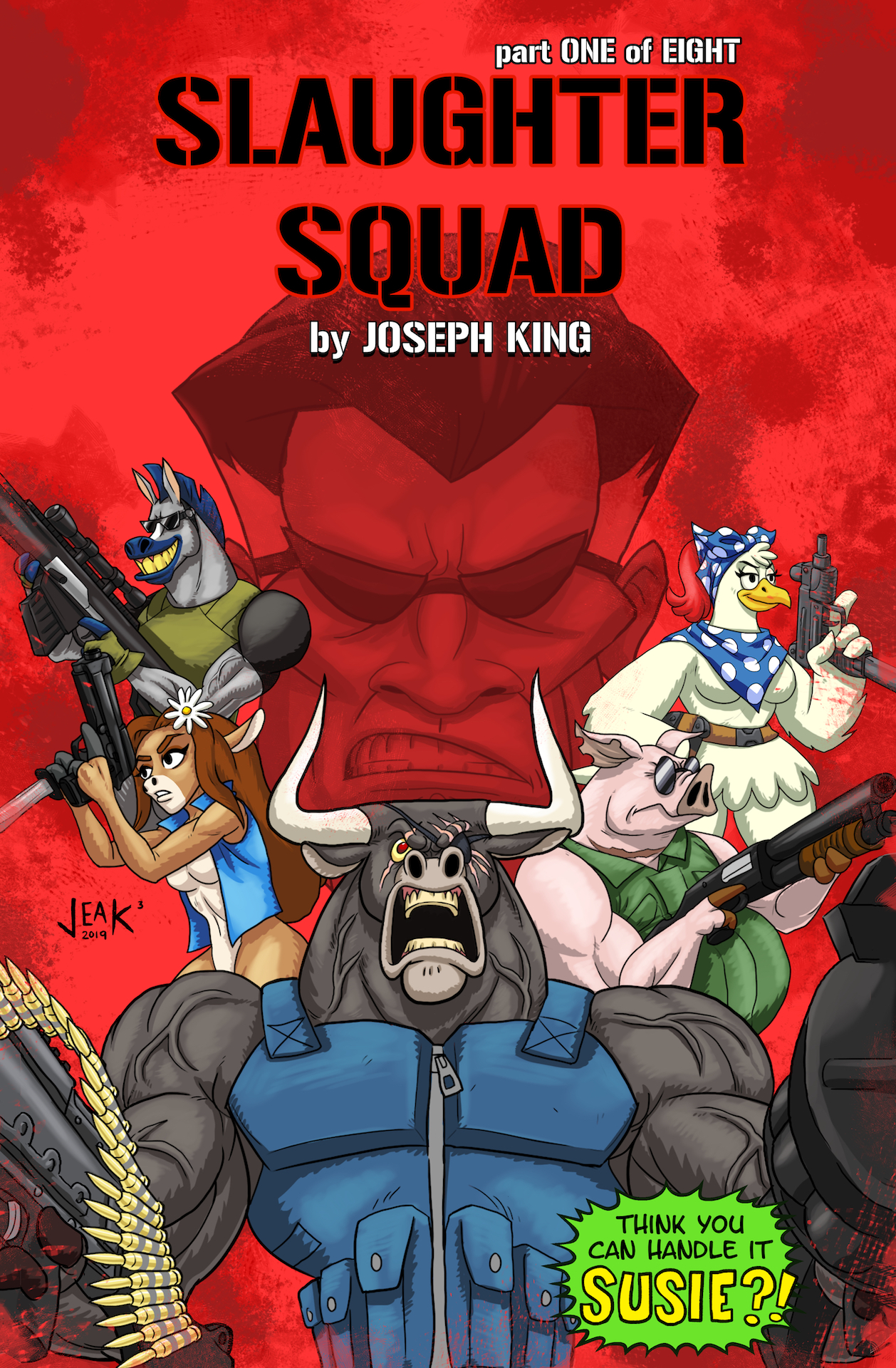 A team of escaped livestock with nothing to lose is going to take over the state of Texas.

Somewhere in Texas, a team of livestock with nothing to lose takes on the forces of Big Meat, armed with nothing but horns and bad attitude. And a machine gun. Slaughter Squad Vol 1 is a double feature.

Part One: "Out of the Frying Pan, Into the Meatgrinder"
The Squad goes on the first mission: rescue and recruit livestock. But its a trap!

Part Two: "Showdown with El Lobo"
An army needs weapons, so they steal a shipment from a Mexican cartel. They don't take kindly to thieves.