TERROR IN THE TRENCHES VOL. 1 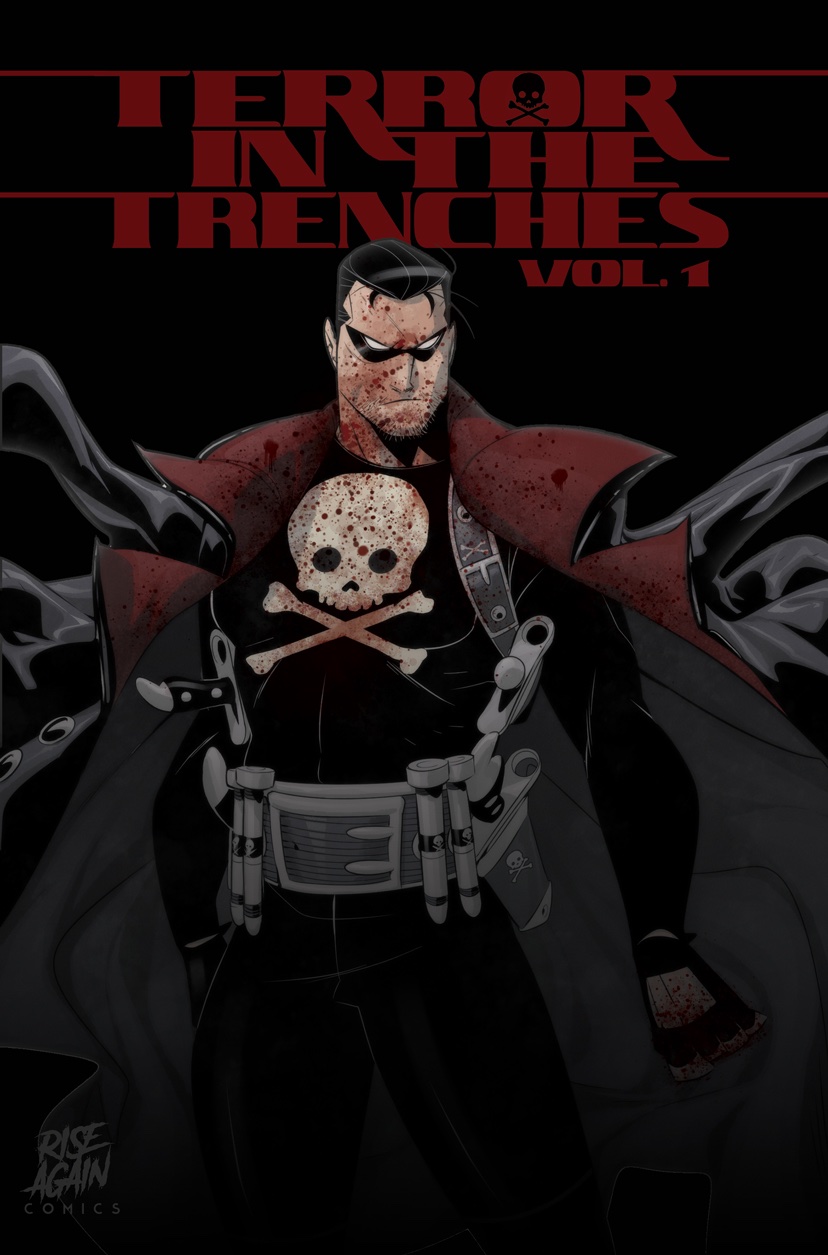 Black Terror must don his dark mantle once again when vengeful super-nazis bomb his hood.

Black Terror and his fear inducing terror gas made him the boogeyman of the trenches in WW2. 30 years later he's gone from black-clad hero to humble New York City pharmacist, Dr. Robert Benton. When vengeful super-nazis known as The Black Reich bomb his hood into oblivion he must don the dark mantle once again, and fight for his life in the trenches that were his streets against his darkest sins come back to haunt him. EVIL WILL KNOW TERROR AGAIN IN