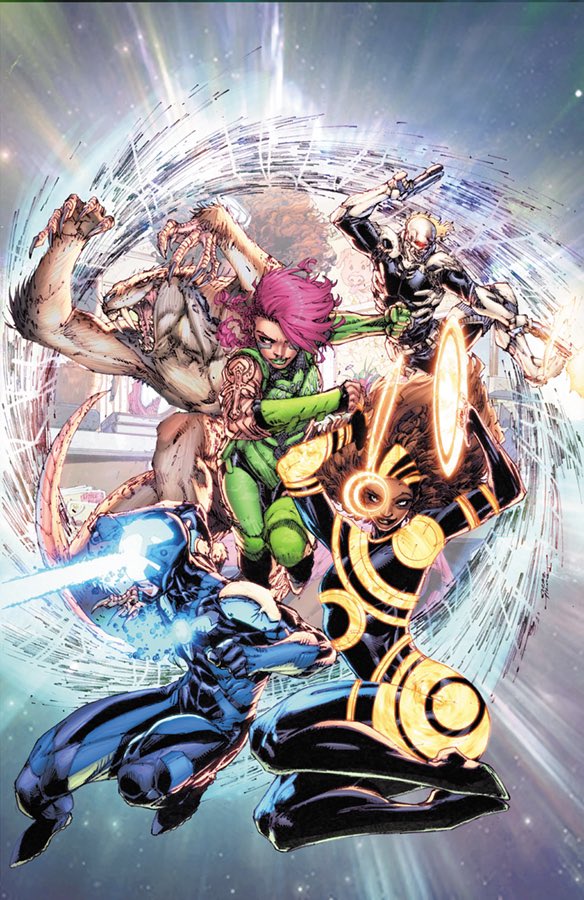 Back Now on Kickstarter !

You may already be part of the greatest superhero team ever. You just don’t know it yet!

THE ANYBODIES are a unique team because each member is handpicked by an enigmatic figure who triggers their super power… for one year!

DR. EDGERTON can only ever activate five superheroes at one time.  He never asks, never gives a heads up, and doesn’t always get it right.   (More than once he’s inadvertently created a supervillain.  And even he could not have anticipate the horror that is the anti-hero known as GROAR.)

The newest reluctant recruit is appropriately named NEW GIRL:  she woke up this morning as a truck stop waitress in the deep south, and may wind up going to bed as a superheroine who wields a deadly psionic force field.

BRAT is the team leader… because she said so.  This dishonorably discharged Iraqi War veteran was happy to learn she had the power of invincibility.

PULSE is a young Iranian blogger certain he’d be buried in a shallow grave for speaking truth to power.  But since his encounter with Dr. Edgerton, he possesses a bio-pulse that can topple mountains… and maybe free his people?

RIVER STYX was raised in the Bayou and it never occurred to him he’d live anywhere else.  Now he has the ability to travel anywhere in the blink of an eye -- and bring his teammates with him.

The final member, known only as GROAR?  He was way better off before having been nudged by the mysterious DR. EDGERTON.

Regular people one moment -- superpowered operatives drafted into an ancient war the next.  How long before DR. EDGERTON taps you on the shoulder and says you’re part of THE ANYBODIES?