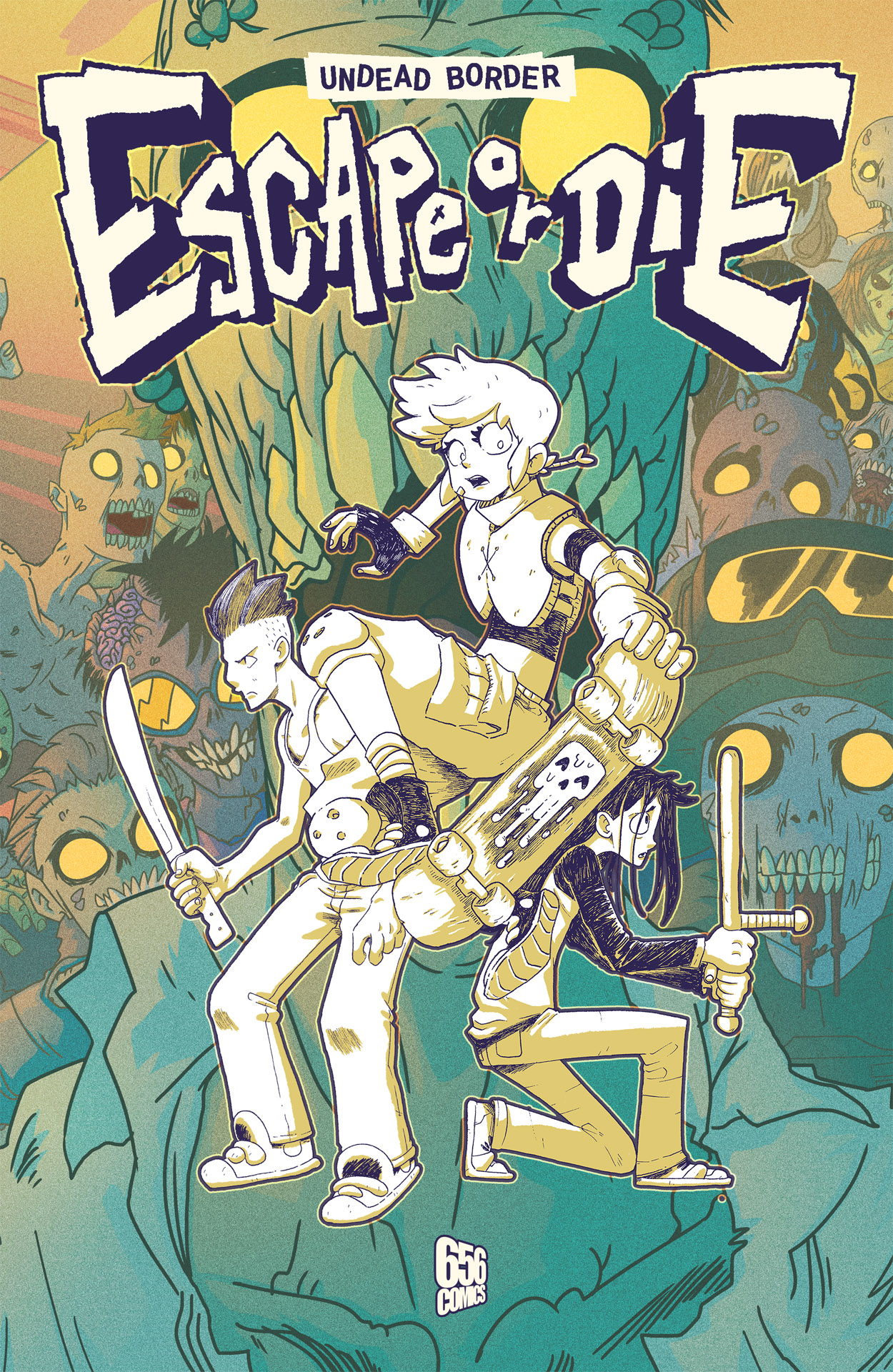 A ragtag group of teenagers must unite and traverse a zombie infested wasteland to safety.

What happens when the most dangerous border town is invaded by the living dead? Welcome to the UNDEAD BORDER. 75% of the local population succumbed to the zombie threat, 3% managed to escape from the city and the remaining 22% have been locked inside an epidemiological fence implemented by the UN to prevent the outbreak from spreading.

Lawlessness ensues and gives rise to The Commune, a criminal organization that has taken control of the border and woe to those who cross its path!

Skateboarders, Tania, Barañas and Parachute; Rulo, zombie herder, and the meek Emiliano confront The Ogre, the fearsome and eccentric captain of The Commune, and unleash a series of unfortunate events that will only leave the teens with two options… Escape or Die.