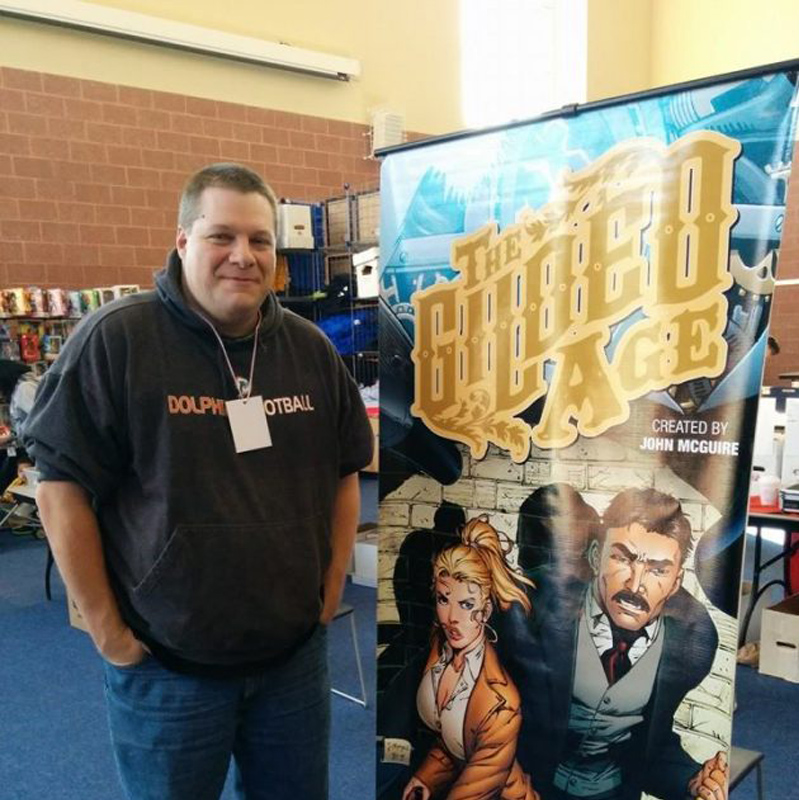 John McGuire is a writer of comic and novels. Since the release of his debut novel, The Dark That Follows, he has gone on to co-write the Dark Fantasy series Hollow Empire with J. Edward Neill, and written a Science Fiction novel The Echo Effect. On the comic book side, he is the creator/writer of the Gilded Age series from Terminus Media, the co-writer of The Crossing from 133art with Robert Jeffrey II, and the co-writer of In Our Dreams Awake with Egg Embry.

He writes a weekly blog at www.tesseraguild.com where he talks about writing, movies, comics, and anything else that happens to pop into his head. John currently lives in Suwanee, Georgia with his wife Courtney and his cat Inigo.

He maintains that he would have been a marine biologist if not for the movie Jaws.