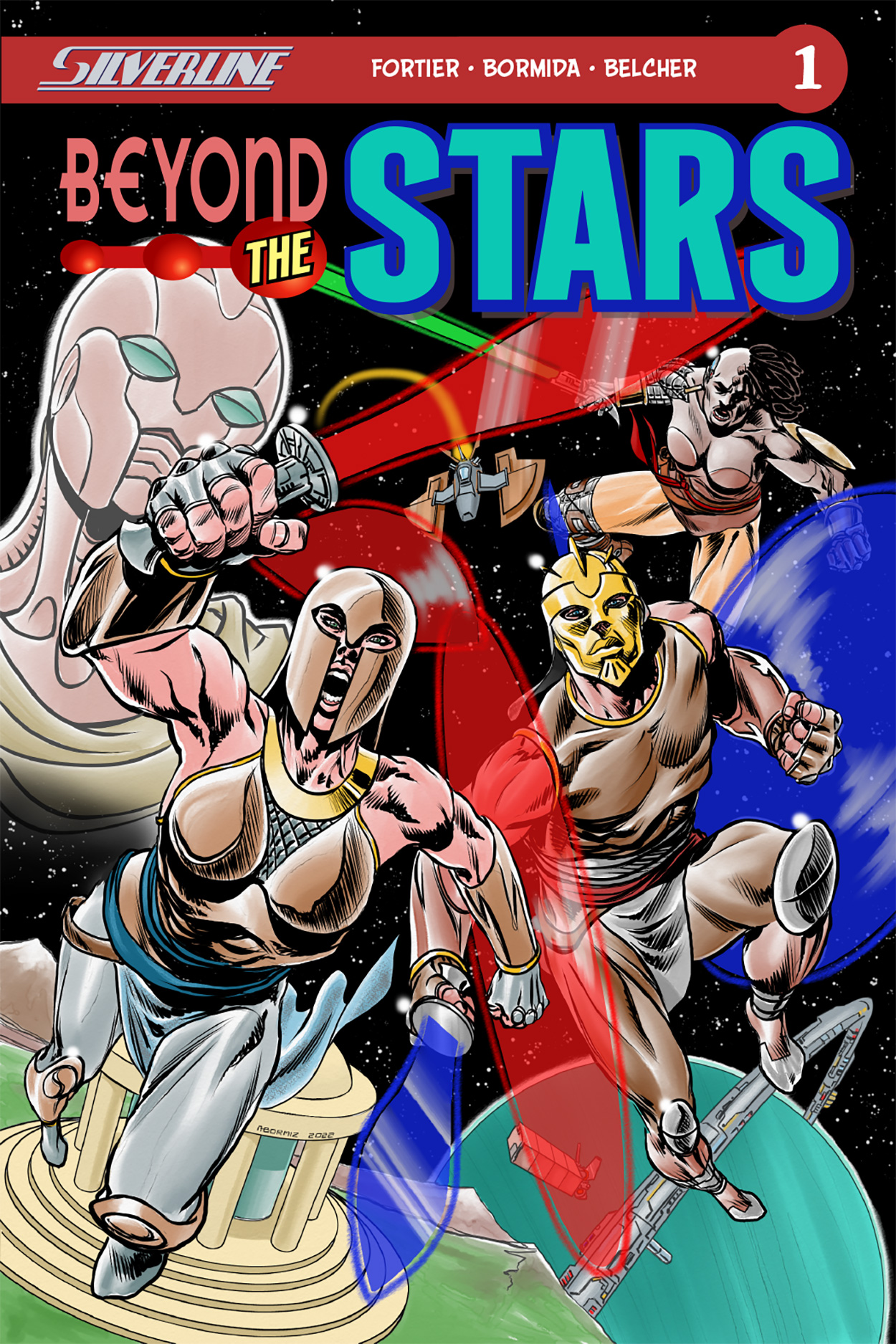 Silverline delivers THREE science fiction comics in one campaign, 68 pages of full color action by industry veterans and some newbies!

When a galactic spanning entity threatens the Empire of Man, Haven’s corp of Science-Warriors is called upon to save mankind. Led by Kal, a fearless servant of the All Mother, and Prof. Yonel Travane, an expert on lost alien races, their team will sacrifice all to challenge this unimaginable horror from beyond the stars.

Beyond The Stars #1 is science fiction/action; full color, 22 pages.

When a group of grizzled intergalactic prospectors are accidentally thrust 20 years into the future, they're faced with a very different reality. The world they knew is unrecognizable and their profession has  changed, becoming more deadly than ever. But rather than ride off into  retirement, the crew of roughnecks sets out to prove that they're still  the best in the game... even if they are a little obsolete.

When a band of mutant warriors attack a human tribe, a young human boy is taken alive. Given the name "Krey," he is raised with the very mutants who killed his family. as the young boy grows, he desperately wants to be a warrior and join the men in war. When humans attack his village, he just might get that chance.
Krey #1 RemiX is science fiction/fantasy; full color, 25 pages.