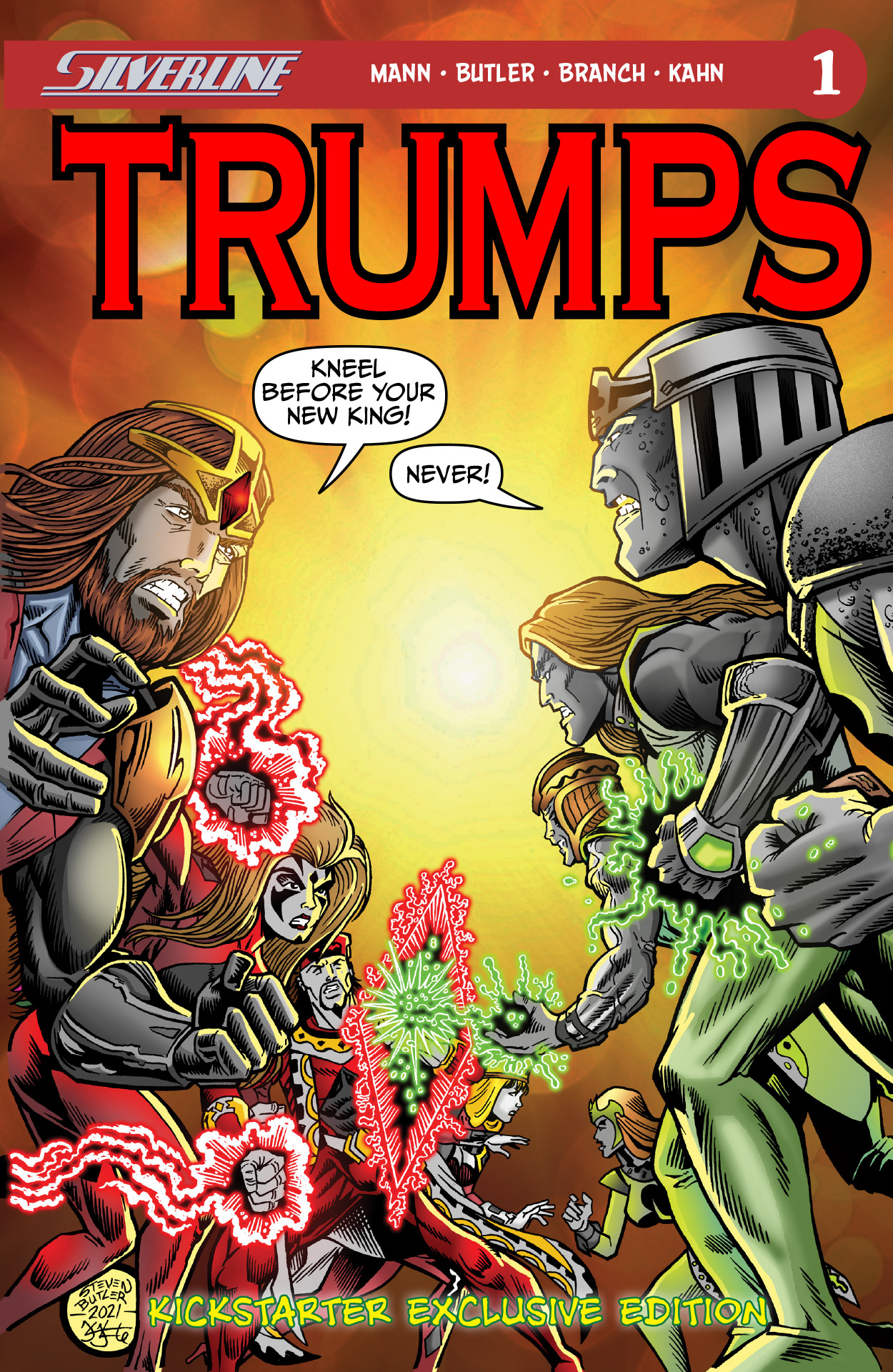 The next installments of Trumps, Teen Beetle, and Switchblade!

Trumps #3 (of 4)
The King of Diamonds has been killed, throwing the city into turmoil. SOMEone has to step in to fill the gap--maybe it's the Queen? Maybe it's the Jack? Who will lead the armies to defend against the Clubs? Meanwhile, the King of Clubs has finally had it and orders an all-out assault on the Diamonds. The King of Spades, in an alcoholic stupor, orders his own army to assemble and attack...only, he has no army.

Teen Beetle #2 (of 3)
After thwarting Dr. Mantis in his attempted abduction of the French  Prime Minister, Teen Beetle and Pure Genius give chase, pursuing the  evil doctor to his secret mountain lair. Will they be successful in  bringing the sinister villain to justice, or will they fall into the  clutches of his vile minions?

Switchblade #2 RemiX (of 3)
Officers Rob and Sid continue to follow up on leads to the murder and realize a missing boy might be connected to the case. Still seeking to connect Switchblade to the murders, they finally catch him in the act...or do they? Scott finally decides on a costume as Switchblade.