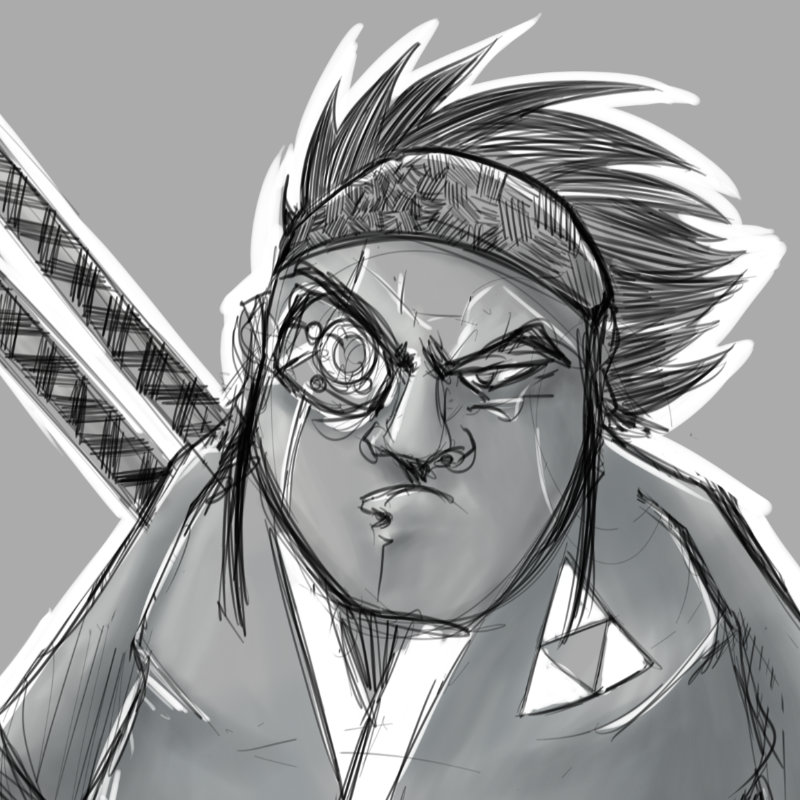 A cybernetically enhanced samurai by day, a driven programmer and artist by night.

Born to this world wielding a cybernetic gauntlet, mythically proclaimed to be the one true Power Glove, he dawns the emblem of Triforce upon his gi. His moniker a reminder of how he betrayed his digital roots for analog fulfillment.

Pixel is also the mastermind behind the scenes at IndieCron. After taking a spreadsheet and converting it into an automated tracker in August of 2018, the site has grown into THE hub for all things Indie Comics. IndieCron has directly referred over 150k in sales for indie creators since it began tracking referral numbers late in 2018 and currently tracks campaigns contributions topping 4 million! It's an indie comics renaissance and Pixel's site is right in the heart of it.

Recently, Pixel completed art on his pages for Mike Angerhauser's Black Forest and is currently developing art for COVER CRASHERS, a parody/homage set of trading cards that lampoons some of indie comics biggest and brightest projects.